Zimbra Collaboration is an open core Email collaboration software. In addition it provides an Open, Secure and Private Collaboration Infrastructure. Suitable for large email deployment such as governments, councils, banks and colleges. In other words a scalable and secure Email system.

The architecture is built on well-known open source technologies and standards-based protocols. That is to say the architecture consists of client interfaces and server components. As a results it can run as a single node configuration or deployed across multiple servers.

Zimbra includes a complete email, contacts, calendar, file sharing, tasks, full-featured messaging and videoconferencing. In fact this can be access within the webmail interface itself. To sum up resulting in rich user experience.

We will also be putting in more content of some key features of Zimbra.

Zimbra Modern UI is a responsive user interface based on industry leading react technology. For this reason users can move seamlessly between desktop, mobile and tablet. Therefore giving a user the same experience on mobile, tablet and desktop. Hence enjoying a consistent and easy to use Email and collaboration experience. Zimbra 9 version offers the […] 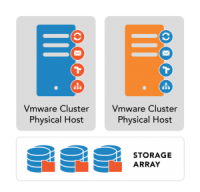 Secure It is important that in general Email Systems must be secure and private. For this reason Zimbra was build on the foundation of an open core system with add-on capabilities and features. Zimbra is the only major Email provider that offers a free, open source software (FOSS) version. In other words the code is […]